Want to beat your competitor in the Facebook ads race? Are you having trouble in maintaining a stable cost while raising your budget? Are you not receiving the cost per event that you desire? If your answer to these questions is yes, then Facebook Ad Bidding Strategies can prove to be of great help for you.

The first thing you need to remember when planning to win the Facebook ads race is that having a shiny ad design and powerful copy writing are not the only skills you need to master to get the top spot. You also need to target the right Facebook audience and must know how to form successful ad bidding strategies, in order to secure the first position.

Facebook ads bidding has a huge impact on your ad results, so your one decision can either make you the star of the advertising world or lead you to your doom. Screwing up with the wrong bidding strategy can wipe off all your hard work of carefully selecting the target audience or creating a great ad.

If you try to bid too low, then your campaign may not get the deserved exposure, thereby keeping you away from your goal. However, even if you are new to all this chaos, don’t worry because we are here to help you make sense of all this overwhelming information. We will be talking about what bid strategies are, the different options available and how can you use them. But before starting with this broad topic, let us first understand the factors that affect if you ‘win’ the bid or not.

Factors Deciding You Win the Bid:

These are some factors which if followed properly, will positively influence the fact that whether your ad will be shown to your target audience. Let us know them! 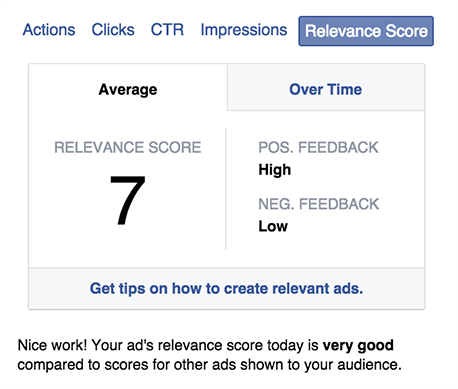 What are Bid Strategies?

The ads on Facebook are distributed on the basis of an auction format. Hence, the costs which you would spend to reach a user will more or less depend on the bid that you make to reach that user. In most cases, the default option on Facebook is usually the automatic bidding option but advertisers can also manually choose to bid, in order to control their costs for the better. The primary and main goal of a manual bid is to get cost per desired action down. 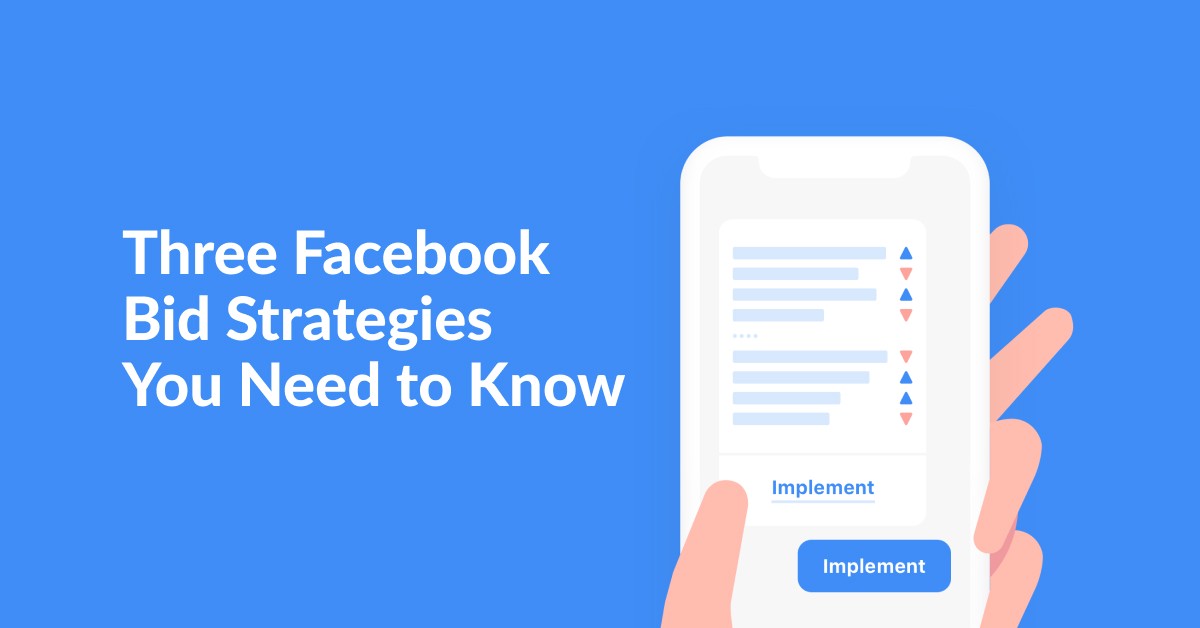 The options which Facebook offers in terms of bid strategies which can help advertisers to achieve more stable or lower costs are – Lowest Cost, Lowest Cost with a Bid Cap and Target Cost. These bidding strategies options that are available to us now are very much similar to the options that were available in the past but now they just have different names and some slight changes. All of these options work quite differently from each other. So, now let us study each of these options in detail!

As the name suggests, the Lowest Cost Bid Strategy of Facebook is designed in a way as to prioritize to get you as many as possible ad placements at the lowest cost. Also, known as automatic bidding formally, this strategy works to get you the lowest cost possible per every optimized event while spending the entirety of your budget.

This strategy works best for businesses which are on a tight budget and the advantage you have is that you don’t really lose anything here because Facebook has still some wiggle room to get you some good placements as long you they are on the lower end of what you could be paying.

Another added advantage of Lowest Cost Bid Strategy is that it is highly efficient and Facebook tries to get you the lowest cost per event possible in the short – term period. The only drawback that you may face with this strategy is that achieve these low costs might be short-lived with unstable results as you spend more or competition increases.

I understood in basic terms, then this strategy makes sure that you are really keeping the things at or below a certain cost. You can set a bid cap and control how much Facebook should spend for an even event and also for telling Facebook to not go any higher than the specified for any placement about a specific bid. This strategy can be extremely helpful if you are on a tight budget or if you know some exact number over which you don’t want to go.

For example, if you have calculated that no conversion is worth more than say $2.59 for instance, then you can easily set your bid cap there. This will help you to keep at a track and prevent your campaigns from costing you more than the amount they are earning you, thus increasing the chances of receiving profit. One can say that setting a bid cap can prevent an ad set from overspending for an event.

However, while setting a bid cap you must remember that this is the most you want Facebook to bid for a single event and since a bid is the most amount you will spend on that single event, so you’ll usually spend less than that. Also, keep in mind while calculating the bid cap that you must keep the longer-term customer value into consideration as well instead of just thinking about one – time purchases.

How Do You Set a Bid Cap?

As a starting point, it is recommended that you use an average cost per result from prior campaigns and you must also consider the amount that the most you can pay for an event while still turning into a profit. Facebook also recommends that you should have a daily budget which is at least five times higher than you bid cap because Facebook needs at least around 50 events in the learning phase within a week to properly optimize.

However, once the learning phase is completed, depending upon if you are having a difficult time getting the distribution that you want or not, it is up to you to decide that whether you want to raise the bid cap or not. Usually, setting a bid cap depends mostly on the results you are seeing. You must realize that Facebook does not even know the value of an event to your business, so if you want to prevent Facebook from overspending for an event, this bid cap gives you control.

However, some times depending upon the circumstances, you may also want to set a higher bid cap to increase distribution for a high-value event as well. So, it can be concluded that setting a bid cap is no rocket science, but it must still be done after a lot of thinking and pondering because your one decision can greatly affect your future business events.

The Target Cost Bid Strategy, which was also formerly known by the name ‘manual bidding’ is only available for the campaign objectives like app installs, lead generation, conversions and catalog sales. Using this strategy is recommended by Facebook when you want to achieve more stable results as your spending increases. The whole point of the target cost bid strategy is the average cost. It allows you to set an approximate target cost that you would want to spend per bid.

As long as the average comes out to the same bid amount in the long run, then Facebook can go over it as well as go under it. If you are planning to raise your budget so that your costs scale better or if you have a more flexible or larger budget, then this strategy can be a good option for the businesses who are interested in investing more in high – priced placements. Also, while using this strategy you need to set a target cost on the basis of the chosen conversion window. As a starting point, you can use the amount you want to average on a cost per event basis as target cost.

Once we have gathered all the information regarding the different Facebook ad bidding strategies, the next question that arises would be that ‘Which bidding strategy should I use?’. The answer to your question can vary depending upon your situation. However, if your goal is to maximize profit and get leads at low costs, then you should go in for the lowest cost strategy while if your goal is to maximize the ad delivery and get the maximum conversions possible, even if they cost a bit more, then you must opt for target cost strategy.

Most advertisers stick with lowest cost strategy and some consider applying bid cap to prevent Facebook from spending more. Target cost strategy is mainly used when advertisers are planning to run a long – term campaign or are looking to scale and raise the budget. A wrong decision in the Facebook ads bidding may end up with you paying too much for your campaign, thereby reducing profits or you reaching a very small portion of your potential reach and thereby limiting your ads to not be delivered due to low bids. So, decide wisely!